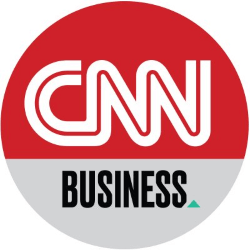 How do you insure a driverless car?

Technology giants and automakers are investing billions of dollars to develop driverless cars that promise to make roads safer. But who will pay when a crash does happen?

The transportation revolution raises big questions for insurers around liability, data and future revenues. With driverless car trials ongoing in a number of markets, policymakers are already preparing for the new landscape.

In other markets – such as the United States, for example – the state of play is less certain.

Many automated cars will be able to switch modes, from automated to driver-controlled, but having two distinct insurance policies to cover each scenario is "too complicated," according to Williams.

Insurers will continue to pay out for claims, but could recoup some costs from carmakers when their technology causes an accident

Instead, car owners will buy one insurance policy that covers both driving modes. Insurers will continue to pay out for claims, but could recoup some costs from carmakers when their technology causes an accident.

Williams expects the number of road accidents to decline, which means insurers will likely face fewer motor claims. "And a proportion of these claims will be passed on to the manufacturers," he said.

"We take the view that compulsory third-party liability insurance works well in protecting road users and that this will continue to be the case with ongoing technological developments, such as connected and autonomous vehicles," said Nicolas Jeanmart, head of personal insurance, general insurance and macroeconomics at Insurance Europe.

Automated cars could remove the human error factor and lead to safer roads - and lower insurance premiums - for car owners. "If, in time, 50% of cars are safer and have less accidents, that means the remaining manual cars will have less accidents too," Williams said.

Human error is a factor in 94% of car crashes

Claims costs for accidents involving automated cars might initially be high due to the cost of replacing damaged technology, such as sensors. But Williams thinks costs will decline as production of autonomous vehicles ramps up.

When accidents do happen, new technology will mean greater insights on what happened and who is at fault.

"For claims to be handled as swiftly and smoothly as possible, it will be vital that insurers and other parties with a legitimate interest have access to the relevant in-vehicle data that establishes the facts of an accident, so that liability can be correctly apportioned," said Jeanmart.

Insurers expect that a shift towards driverless vehicles will ultimately lead to lower car insurance premiums and new types of products.

For example, Williams said that insurers might offer insurance products that encourage car owners to use autonomous mode more frequently, offering a premium incentive to reflect the reduced risk.

In the future, automated vehicles could allow for shared car ownership, which would mean new types of insurance policies.

"Even in the case of shared vehicles, the vehicle itself still needs to be insured, regardless of whether the insurance is shared between the owners or otherwise," Jeanmart said.

5G is about to change the world, connecting everything faster, from smart buildings to drones to traffic lights. Find out more in this article.

Virtual Reality is offering businesses new ways of delivering training and fostering empathy between co-workers. Find out more in this article.