Although the new S21 range may seem complicated at first glance, the key similarities and differences distinguishing each new Galaxy are actually very straightforward.

The launches of Samsung’s flagship Galaxy Android smartphones are always eagerly anticipated and 2021 is no different. The new Galaxy S21 range builds upon last year’s S20 line-up with new features that you’ve come to expect – such as faster performance and improved cameras – and some that will surprise even long-time Galaxy S aficionados.

There are three models in the Galaxy S21 range:

Here’s what sets them apart and what they have in common.

As the S21 Ultra is so much bigger than its stablemates, it has room to accommodate features that they cannot. One of the most eye-catching is that its screen works with the stylus previously reserved for the Galaxy Note – a first for any Galaxy S-series phone. If you’re drawn to the idea of note taking and sketching on your phone, then this alone could make the S21 Ultra irresistible.

Note that the stylus is sold separately though. Plus, unlike the Note 20, the S21 Ultra doesn’t have a built-in nook for stowing the stylus away when you’re not using it.

Like last year’s S20 Ultra, the S21 Ultra has a 108 megapixel (MP) main rear-facing camera. By default, it doesn’t shoot images at such a high resolution as the huge file sizes would quickly gobble up your available storage. Instead, it combines all those ‘extra’ megapixels to shoot photos at 12MP. By doing this, it reduces graininess and ‘noise’, or colour speckling, to produce the best possible looking image.

The camera can also take shots with less motion blur and greater dynamic range, even when lighting conditions aren’t ideal.

Unusually, the S21 Ultra doesn’t have just one optical zoom lens but two – a 3x and a 10x zoom. This should give you more flexibility composing your shots when compared to other smartphones that may only have one or the other.

If that level of zoom isn’t enough, the S21 Ultra has a 100x ‘Space Zoom’ feature. As with the 100x Space Zoom feature on last year’s S20 Ultra though, it should be used with care. As it’s effectively equivalent to the cropping you’d do yourself in an image editing app, ‘zooming’ in too far can result in smudged, blurry or pixelated results.

The S21 Ultra’s rear cameras also have a laser autofocus system. Like the Lidar-assisted autofocus on the iPhone 12 Pro range, it should help the Ultra’s rear cameras focus more quickly and accurately in tricky shooting conditions such as low light. It also enables the Ultra to take macro shots even though it doesn’t have a dedicated macro lens.

Compared to the 10MP selfie camera on the other S21 models, the S21 Ultra has a 40MP front facing camera.

If you’re especially concerned about running out of storage, only the S21 Ultra comes in a 512GB variant. The S21 and S21+ both max out at 256GB.

The Galaxy 6.2in S21 and 6.7in S21+ are so similar, that almost all of the differences between the two stem from the fact that one has a bigger screen than the other.

Both have the same rear camera setup – a 12MP main camera, as well as a 12MP ultra wide camera and a 64MP 3x zoom camera. You’ll want to stick to the main camera for most low-light shots though, as it has the widest aperture and the biggest sensor, at f1.8 and 1/1.76in respectively, all of which means it can absorb as much light as it can – even when you’re shooting in dim conditions.

Protruding camera ‘bumps’ have been commonplace on the back of smartphones for a few years now. Samsung doesn’t try to hide the bump on the S21 range – especially on the S21 and S21+. If you choose one of these models in silver, violet or pink, the camera bump has a bright metallic sheen that makes it even more conspicuous. It’s a boldly colourful aesthetic not quite mirrored in the S21 Ultra. That model is only available in silver or all-over black.

As the S21+ is physically larger than the S21, it has a slightly larger battery (4800 vs 4000mAh) and is heavier, too (202g vs 171g). It shares the same screen resolution of 2400×1080 pixels with the S21, despite having a larger screen, so there won’t be much – if any – difference in either text smoothness or the amount of information that can be shown onscreen.

Another difference is that the rear of the S21+, like the S21 Ultra, is made from Gorilla Glass Victus which Samsung claims is the toughest yet. The rear of the standard S21 doesn’t have this and is instead made out of ‘Glastic’, plastic which looks and feels like glass.

As they’re both so similar, which one you choose depends almost entirely on which physical size you prefer.

Galaxy S21 range: what they have in common

Unlike the S20 range, all S21 handsets support 5G as standard and can thus take advantage of Vodafone’s expansive and ever-growing 5G network – there are no 4G-only models here.

This all-5G line-up is possible because all three Galaxy S21 handsets come equipped with Samsung’s Exynos 2100 processor, which itself has a built-in 5G modem rather than as a separate chip. This should make the S21 as power efficient as possible, even when you’re streaming or downloading at speed. As the 2100 has been made using the latest, cutting-edge processor manufacturing techniques, its speed and power efficiency naturally extend to demanding apps such as games.

All of the Galaxy S21 phones support Wi-Fi 6e. This latest version of the Wi-Fi standard works on the 6GHz spectrum, whereas older versions of the technology only used 2.4 and/or 5GHz. This means Wi-Fi 6e wireless networks should be less prone to interference and thus be more reliable.

There is a catch though – to take advantage of Wi-Fi 6e’s greater reliability, your router must support the technology as well. Compatible routers are only just becoming available.

All three S21 smartphones can record 8K video. Although there are few TVs and monitors currently available with such a high resolution, that 8K resolution will future-proof your video. Plus, it’ll give you more flexibility when editing – such as the option to crop in closely on faces or details without losing detail.

As all S21 variants have multiple rear-facing cameras, Samsung’s camera app shows you the views from all of them while you’re recording video. With this Director’s View, you can make the informed decision to switch over to another lens for your recording if you so wish.

None of the S21 handsets have microSD slots, so you can’t add more local storage later if you find the built-in storage isn’t enough to store all your apps, photos, videos and other data. You can always use cloud storage as an alternative, of course.

Although the screens on the S21 handsets all have slightly differing resolutions, they all have increased brightness so they should remain visible even when you’re outdoors in bright sunshine.

All the S21 phones have both wireless and fast charging, as well as a fingerprint reader located underneath the screen itself. They also support Samsung’s DeX technology, a longstanding feature found in many other Samsung smartphones, which turns your phone into a PC when connected to a keyboard, mouse and TV or monitor.

Although the three S21 phones have differing screen sizes, they all use Samsung’s AMOLED technology for vividly rich colour reproduction. They also have a maximum refresh rate of 120 Hertz (Hz), which means rapid movements – such as animations in fast-paced games – should be displayed smoothly without any judderiness. Such high refresh rates won’t always be necessary though, so the screens can ramp down the refresh rate to help conserve battery life.

Vodafone UK News has all the details about pricing for the Samsung Galaxy S21 range. 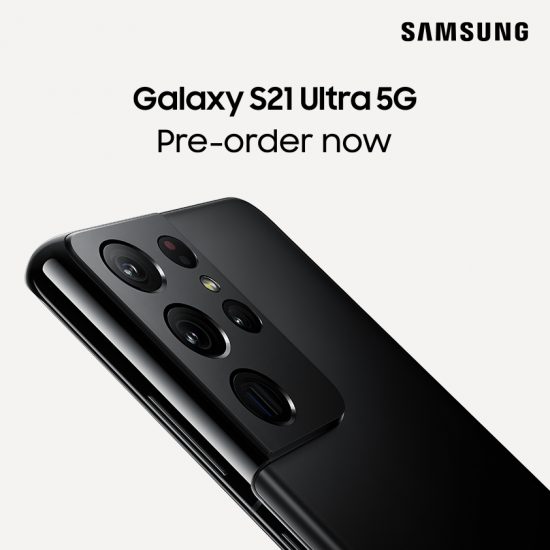 Everything you need to know | Editorial Team |

‘Full 5G must benefit the whole of the UK, not just the big cities’

Towns and small cities to lose out on 5G? | Vodafone report

How technology is helping us reach our net zero goals

‘The future is bright for this agile challenger’