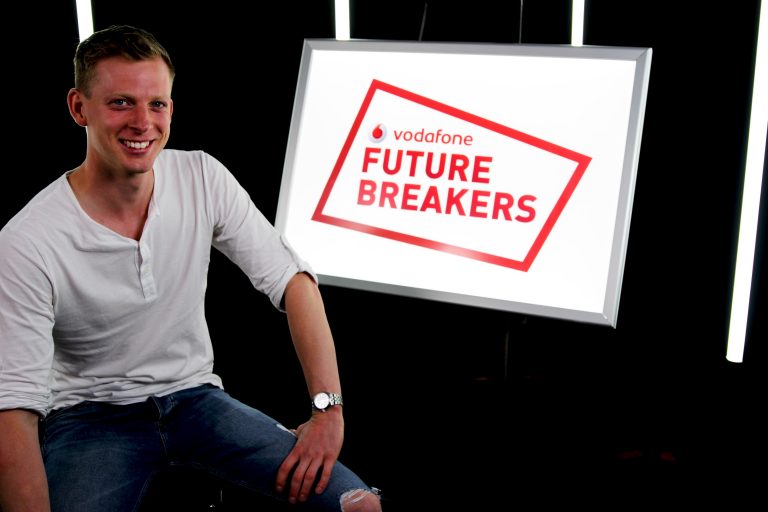 Oxford local Nick Nixon, is celebrating after being named the next Vodafone Future Breakers winner, giving the unsigned artist a fantastic opportunity to launch his budding music career. The Vodafone Future Breakers initiative, launched as part of the Vodafone Big Top 40 partnership with Global, has given Nick the money-can’t-buy chance to record and produce his own track with industry professionals, as well as his live studio session broadcast online with the Big Top 40.

Taking inspiration from the likes of Seeb, Griffin, Major Lazer and DJ Snake, the 25 year old hopes this big break will be the stepping stone to something bigger. Having primarily focused on creating his tracks on his computer at home, Nick is excited to be bringing his sound to much bigger audiences via the Big Top 40.

On his experience with Vodafone Future Breakers, Nick commented: “I thought it was a joke at first, I just couldn’t believe I’d been picked! It’s been a great opportunity to link up with professional producers and get feedback, but more importantly I’ve only shared the song with family and friends so it’ll be great to get it out there and get more people hearing it.”

Fronted by the Vodafone Big Top 40’s very own Marvin Humes, Vodafone Future Breakers is continuing the search for the very best unsigned talent from across the UK to uncover the next big thing in music. Listeners, budding artists, DJs and band members can still get involved and enter their tracks or videos through the dedicated hub where they could win a recording studio session with a top industry producer!

The Vodafone Big Top 40 is the UK’s no. 1 chart show with 2.4 million listeners every week. It is presented by Marvin Humes and Kat Shoob, and produced by Global.  The chart is the UK’s first real time chart show with the top 10 taken live from iTunes during the show.  Listeners across the UK can tune in on Sundays from 4pm across 130 radio stations, online at bigtop40.com and through the Big Top 40 app. Source: RAJAR / Ipsos-MORI / RSMB, period ending June 25th 2017.