Veterans are taking aim once again - at friendly opponents in online gaming matches, as they reconnect with each other and flex their newest skills for charity.

For Jack Cummings, a British Army veteran and double amputee who became a medal-winning wheelchair athlete, online gaming, or e-sports, gave him the chance to reconnect with a squaddie humour he’d missed.

“I’d missed that since Afghanistan, totally taking the mick out of each other. I’d really missed that side of the military,” he says.

So playing Call of Duty with other veterans, as part of a four-weekend charity tournament is a way of “hanging on to that banter, communicating while having a laugh”.

The e-sports Charities Cup is like an online gaming version of the Invictus Games, the tournament for wounded service personnel that Prince Harry founded in 2014. In the Charities Cup, former Forces members raise money for charities, such as Blesma, which assists veterans who have lost limbs; the Royal British Legion; Help for Heroes; and US charity, the Wounded Warrior Project.

“Basically I wanted to bring the spirit of the Invictus Games into e-sports – the style of it, the ethos of it,” says founder Daniel Bingley, a former corporal in the Yorkshire Regiment who also was wounded in Afghanistan and is himself a wheelchair sportsman..

Vodafone provides the tournament with Gigafast fibre broadband, which offers download and upload speeds up to 900Mbps (megabits per second). This enables many more people around the world to watch Daniel’s games, as he streams the games live on Twitch, the livestreaming service most popular with gamers.

It was Mohammed Ali, a Vodafone city manager in Milton Keynes, who offered the Gigafast broadband when he found out about the project. The superfast connection means Daniel – whose gaming handle is Bezzabing – can “project a better quality image and better quality video to people, which helps me get my message across”.

“Vodafone has given me that opportunity, and a voice,” Daniel reflects.

Another veteran who has taken to gaming is Jack Cummings. On 14 August 2010, Sapper Jack Cummings was in his second tour of Afghanistan, searching for improvised explosives with the Royal Engineers’ 101 Engineer Regiment.

“I’ve been told there was a huge bang, and that I was propelled 10 feet into the air. Both of my legs were blown off above the knee and I landed face down in the earth,” he says.

He spent the next month in a coma at the Queen Elizabeth Hospital in Birmingham. His parents were told several times to say their goodbyes. Regaining consciousness, he spent another month in intensive care, then three months on the hospital’s military ward.

He then spent three-and-a-half years in Headley Court, then a Ministry of Defence rehabilitation unit in Surrey, until he was medically discharged from the army in 2014.

I am the captain of my soul

Missing the challenges of army life, he took part in a “tough” week-long Paris-London cycle ride organised by Help for Heroes. The next year, he cycled from Cardiff to London.

A new source of motivation appeared in 2017 when he married a young woman called Sarah, whom he’d met at an Oxford nightclub in 2009. Wanting to look good for the wedding photos helped motivate him to train for the Invictus Games. He ended up winning a bronze medal in the swimming competition.

Jack then completed the London Marathon wheelchair race in 2018. The New York marathon beckons next for this indefatigable athlete – he was due to compete in last year’s race, but it was postponed because of the pandemic.

Jack is also bringing his competitiveness to the world of e-sports.

“It’s on the screen, but it gets really competitive, especially when you know the majority of the guys,” says Jack.

Moreover, “there is no discrimination in gaming, it’s a level playing field”, says Daniel. This helps the players to feel more appreciated for who they are, rather than being defined by their disability. 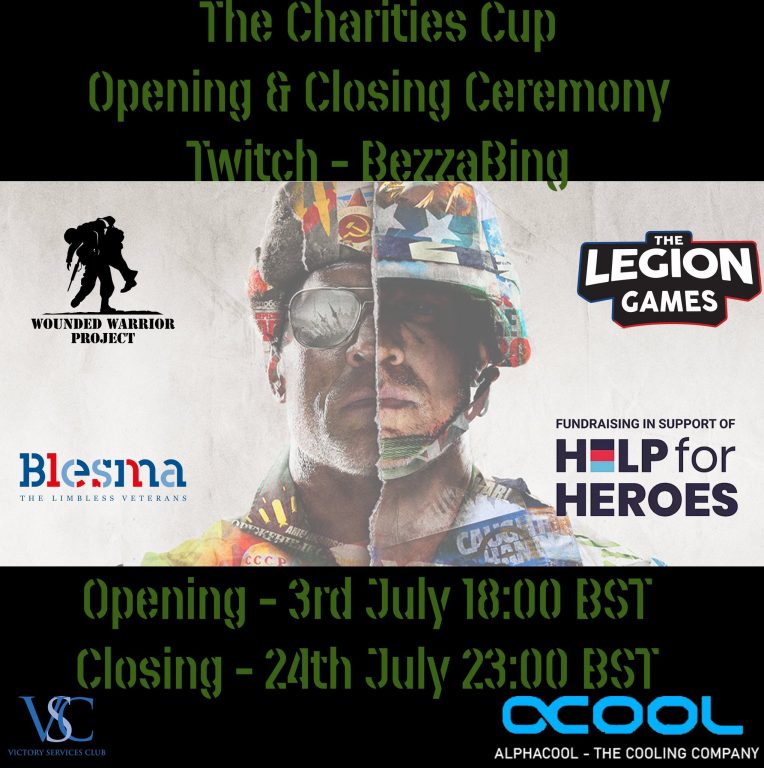 Daniel got into gaming from a young age, setting up his “first Local Area Network – two computers connected by a cable!” – so that he and his brother could play together. Now, by organising e-sports as a way of reaching veterans in their homes, he hopes to help more people apply the Invictus spirit – “be active, set goals, and communicate”.

“My head is bloody, but unbowed”, Victorian poet William Ernest Henley wrote in his 1875 poem Invictus, from which the games take their name. For Jack Cummings and Daniel Bingley, who both epitomise that spirit, the overriding hope is that the e-sports Charities Cup tournament brings in “a load of donations” for their charities. Amen to that.

Belonging and purpose: Why Pride is more than just a parade

From a nuclear submarine to rowing across the Atlantic

Supporting fathers on the journey to gender equality