What does HDR stand for?

If your smartphone has an HDR display, it means you're able to view streamed or downloaded content in High Dynamic Range - the way the director intended you to see it. You’ll see fine details, rich colours and subtle gradients - it’s the closest you’ll get to a cinematic experience on your phone. You’ll even be able to see details in very bright and dark areas of the scene.

Video content needs to be filmed in HDR video for you to view it in HDR. Check for a mobile HDR mark on TV and film streaming sites to watch mobile HDR content.

We sell several phones which support HDR, including:

HDR+ enhances pictures and film so they’re the best-possible quality, even if the original content isn’t in HDR format. In darker scenes, it adjusts brightness levels to show people and objects hidden in shadows. For brighter scenes, HDR+ toggles contrast levels to clearly differentiate between objects and make them more visible while still being faithful to the original image.

HDR10+ takes all of the good parts of HDR10 and improves upon them - for example, it quadruples maximum brightness, which increases contrast and image clarity. However, the biggest difference is how HDR10+ handles information.

HDR10+ carries metadata about brightness and gamma information from what you're watching on a scene-by-scene basis. Metadata is descriptive information that provides data about the content it's referencing.

Your device’s metadata is fed by a content source - for example, Netflix – and it becomes dynamic, allowing it to change for each frame of video. This means every frame has its own unique brightness, contrast and colours, making for a much more realistic-looking image.

A camera with HDR helps you take professional-looking photos in high-contrast situations, such as indoors or shooting a brightly-lit area through a window. Smartphones with HDR photography take several photos in rapid succession at different exposures, and combine them to maximise highlight, shadow and detail.

Smartphone cameras that have HDR often allow you to set HDR to On, Off or Auto. Having HDR set to On tells the camera to take a HDR photo every time you use the camera.

Setting the HDR setting to Auto means that the camera will analyse the scene, and if it appears to have high contrast, it will automatically take an HDR photo to increase the detail in the image. 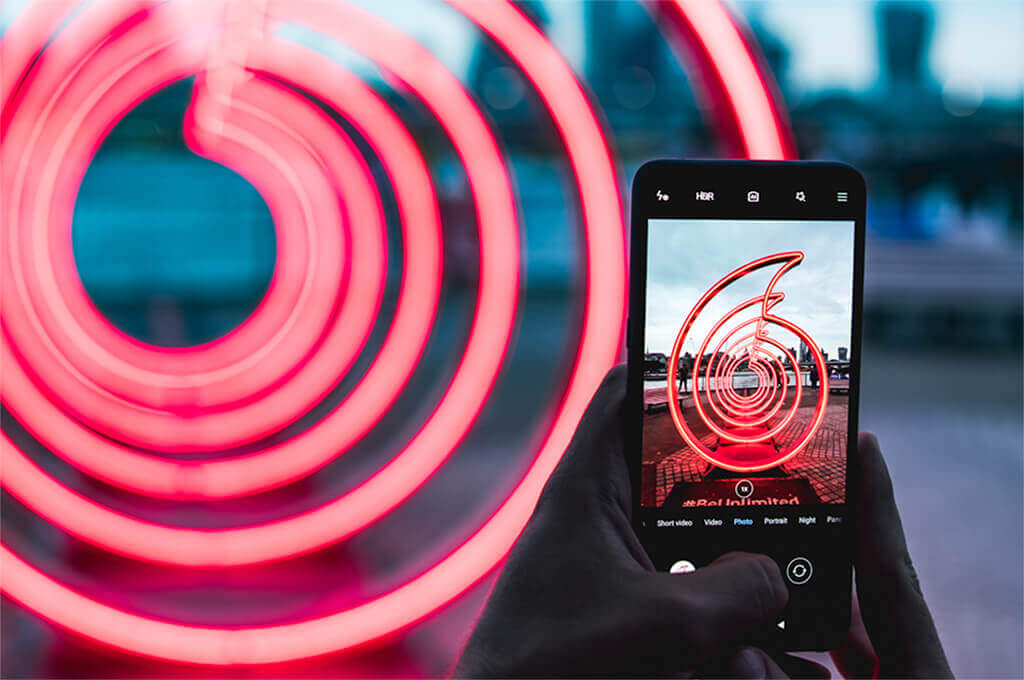