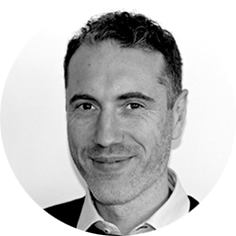 Tech on a mission: How social purpose is driving UK innovation

We all know tech advances make a difference to our everyday lives. But what about the bigger picture? We spoke to a leading UK investor in socially motivated tech to discuss how innovation with purpose plays a key role in shaping the UK’s tech landscape.

The Social Tech Trust is one of the UK’s leading investors in socially motivated tech, providing grant funding and support to organisations that use technology to transform lives. They’ve just joined forces with us to support a new UK social innovation award, Vodafone Techstarter.

We spoke to Ed Evans, CEO at the Social Tech Trust, about social innovation, the value of partnerships and how the UK is shining a light on tech as a major, progressive force for good.

What role is social innovation playing in the UK tech scene, and how is it evolving?

Advances in digital tech are driving new thinking and possibilities in areas that matter to us all – health, the environment, education, equality, and communities. It’s exciting to see the leaps being made in social innovation – from all quarters. Tech can help us address some of the greater challenges that affect us as a society.

The UK is actually playing a leading role in socially motivated tech, which is great. According to the DSI4EU project, we have the highest concentration of Digital Social Innovation (DSI) activity in Europe*. The UK has one of the most advanced tech ecosystems and investment communities in the world, providing an amazing foundation to build on. But, of course, more can be done to accelerate development in social tech.

According to Big Society Capital, less than 4% of social investments are equity investments, which are generally most suited to tech companies – so there’s a real opportunity to widen the scope of funding and support networks available to social tech ventures. If we can make that happen, innovative tech will have an even more positive impact across society’

Is there any existing support available to help increase the number of equity investments to support social tech ventures?

The support network for social ventures is steadily growing, and an increasing number of grants and funds are becoming available to help social tech development. Social Tech Trust has invested over £30 million in the last ten years in over 750 different initiatives. Industry is also expanding its support.

Vodafone Techstarter, a social innovation award programme, launched by Vodafone and its charitable arm, Vodafone Foundation, is a brilliant example of how industry can support early-stage innovation in social tech. The programme not only provides funding support to winners of its awards but access to technology and business expertise and mentoring, which is invaluable. We’re supporting the award and we’re delighted to be working with the team at Vodafone. industry partnerships play an important part in helping ventures take ideas from prototype to scalable, market-ready solutions.

What are your biggest achievements at Social Tech Trust, in line with your purpose and vision?

We’ve been an early advocate of social tech and a source of funding to enable social innovation to develop and grow. We’ve also supported some of the well-known accelerator programmes and venture building organisations such as Bethnal Green Ventures and Shift. We focus our efforts on identifying where tech has the greatest potential to transform lives, and then back the people and organisations who are on the road to success. We’ve put a lot of investment into developing companies that are producing fantastic products and services.

Do you have any examples of how you’re supporting social tech organisations?

We’ve funded a brilliant organisation called Open Up Music, which is an inclusive youth orchestra. Alongside the funding, we did a lot of work with them to help them develop their organisation. We provided them with the connections they needed, and now they’re in a position where they support 54 inclusive youth orchestras across the country and have over 570 musicians.

Central to their approach has been the development of a new instrument, which can be played using any part of the body, including the eyes. The orchestra appeared on the BBC Radio 3 broadcast on BBC Music Day and in 2017, won a Royal Philharmonic Society Music Award.

That’s an example of a transformative organisation in the charity space, but we also support for-profit organisations like Open Bionics, which has created the world’s first medically approved 3D-printed bionic arm. Open Bionics is on a mission to make affordable assistive devices that enhance the human body; in their words ‘turning disabilities into superpowers’. Their work is life changing, too.

Do you find you’re working more with charitable organisations or with the traditional business models?

We have a strong focus on the social impact that organisations create, and we place that above the company form they take. So, we don’t specify that they have to be a charity or a social enterprise – they can be a for-profit organisation. But we do specify that they must have a social purpose. What we have seen over time is an increase in the number of companies that are applying to us that are for-profit. I think that’s reflective of a wider recognition within the social sector of the different models that can create impact.

Who reaches out to you? What area of the business are they from?

It’s extremely varied. The people that apply are technologists, mathematicians, from marketing backgrounds, creative industries, people with strong social sector backgrounds, charities, and former civil servants. Many of them have first-hand experience of the social challenge they’re addressing and others have identified how they can put their skills to purposeful use. That’s a testament to how diverse this space is. It shows that people with ideas, and people who can support these ideas, are going to come from different backgrounds, but the experience they bring is invaluable.

How do you see the nature of your partnership with Vodafone and what is the ideal outcome?

We only partner with organisations that share our values and align with our vision. When we started speaking to Vodafone, what really impressed us was the journey they’re on as an organisation. They have a long heritage of social purpose activity through the work of their charitable body, Vodafone Foundation. But our partnership is also with Vodafone UK’s commercial teams and we’re really excited by their interest and commitment to social tech, and their support of UK innovation driven by social purpose. Working alongside an organisation like Vodafone opens new opportunities to create an impact at a much bigger scale and potentially much faster.

What impact do you think the visibility of this partnership will have on the wider social tech landscape?

I don’t think it should be underestimated. We announced the Vodafone Techstarter Social Innovation Award in September and shared what we were doing at a recent tech for good meet-up, expecting that the only questions would be from a range of organisations asking how to apply. Actually, the discussion that followed was about the importance of collaboration with large companies. It’s very important for the social tech sector, not only from an investment and support perspective but to help develop wider thinking about what we want from tech and to put the spotlight on social transformation as a driver of technology use.

Heroes4Hire Handymen is a unique small business than recruits, retrains and hires veterans and gives them a new start in life.

The event that’s helping women back into work

In March, Vodafone launched ReConnect, a recruitment programme for returners; people wanting to come back to work after a career break.

Helen Lamprell from Vodafone UK talks about her work as a Trustee of the Vodafone Foundation and how they use technology for good.